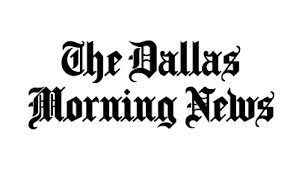 ‘My roots are here and I do not wish to give up my property, heritage, and homestead and look for that elsewhere,’ one stakeholder said.

Gary Cheatwood, almost 84, has spent nearly half his life worried about a yet-to-be-built human-made lake that would destroy everything important to him.

His elders’ graves washed up.

The threat of the 66,000-acre Marvin Nichols Reservoir has loomed for decades.

He and other Northeast Texans have been fighting the project that would push them out of their homes, some of which were built before Texas was annexed into the U.S., since it was first proposed in 1984.

The planned site along the Sulphur River in Red River, Bowie, Titus, and Franklin counties would pump water 150 miles away to the Dallas-Fort Worth region, part of the Texas Water Development Board’s plan to supply water to the quickly growing population.

“This is something you never forget about because you don’t know what the future will be,” Cheatwood said.

The reservoir has been at a standstill for decades, sometimes garnering momentum before being returned to the back burner as in the early 2000s. A recent renewed push to get shovels in dirt has reignited a call to action among stakeholders.

Read the full article at The Dallas Morning News

Letters to the Editor – Readers ...