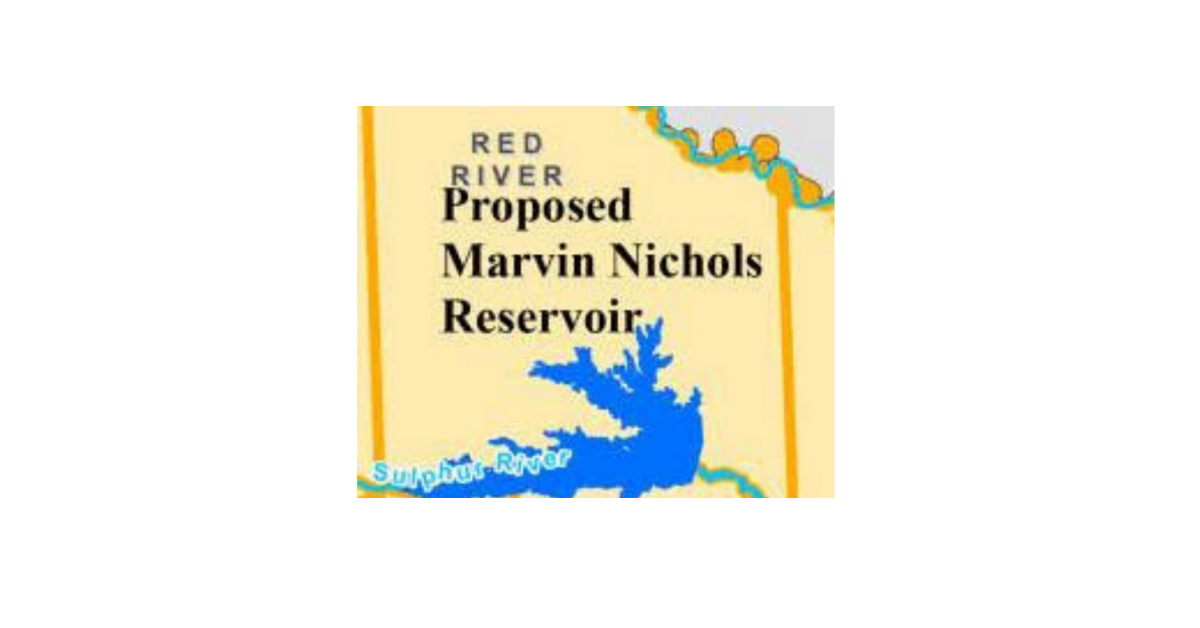 CLARKSVILLE — Opponents of the Marvin Nichols Reservoir got a big boost when government leaders in Red River and Cass counties approved resolutions saying no to the man-made lake’s construction. The proposed reservoir would supply water to clients that mostly serve the Dallas-Fort Worth Metroplex, a leader of Preserve Northeast Texas said.

“These resolutions will give visibility to the tremendous negative impact to the economy, the environment and the social fabric of the communities of Northeast Texas,” said Janice Bezanson, the senior policy director at the Texas Conservation Alliance and a steering committee member of Preserve Northeast Texas. “It will signal to the statewide decision-makers that there is huge opposition to the Marvin Nichols Reservoir.”

The resolutions were presented to the county governments because the state water plan made a change earlier this year to bump up the date for the start for the Nichols project from 2070 to 2050, she said.

“We are now in the educational phase,” she said about the Texas Water Development Board’s state water plan.

The board’s Region C’s plan to build the reservoir is opposed by the Region D planning group. Region C is a 16-county area that includes the Metroplex and surrounding North Texas counties. Red River and Cass counties along with 17 other Northeast Texas counties make up Region D. The proposed reservoir would flood land in Red River, Titus and Franklin counties in Region D.

The group is keeping an eye out for anything that would point in the direction of readying the project for construction.

“We will oppose it at hearings,” Bezanson said. “Opponents will be fighting any permits that are applied for.”

They will fight at the hearings with petitions, the resolutions and facts, she said.

In Cuthand, an unincorporated community in south Red River County, at least 60 homes would be lost to the reservoir, she said. Preserve Northeast Texas estimates that almost 200,000 acres of land will be inundated by the reservoir or taken out of private hands.

“The land will be in public hands instead of private and not available for production,” she said. “It will be off of tax rolls and that will vastly reduce the timber base.”

Many of the acres that will be covered by the reservoir are prime bottomland hardwoods, opposition members said.

Proponents of the man-made lake have touted the recreational opportunities that would be created.

“If you look at other reservoirs that are not close to an urban area that have recreational uses, you will see some economic activity. But it is small compared to the economic activity to having those 200,000 acres in production,” she said.

The cost to buy the land and build the reservoir is currently projected to cost $4.4 billion and rising, she said. She noted that people in the construction industry would make a lot of money and are behind the man-made lake’s construction.

Her group understands that Region C is growing yearly and that it will need more water, but feels there are other ways to get the water.

“Conservation is one way,” she said. “No one is going to go thirsty without this water. If the Dallas-Fort Worth region brought the per-person water use level down to the same level as some other larger cities, then they wouldn’t need any more water.

“They can also tap into existing reservoirs,” she said.

“Lake Texoma is a huge reservoir. It is slightly salty, so it would require some desalination or blending with other water,” Bezanson said. “However, it is very close to the DFW area and pipelines to move water are very expensive.

“Only part of Lake Texoma has been allocated for water supply, but some of the flood storage could be reallocated to the water supply,” she said.

Another water source she mentioned is Toledo Bend to the south on the Texas-Louisiana border.

“Toledo Bend is the fifth largest reservoir in the country. It has already developed five times as much water as Marvin Nichols will develop,” she said. “It was built for water supply, but only trivial amounts have been used for water supply.”

She feels it would be smart to look to the south for water for Region C’s coming needs.

“It’s farther away than the Marvin Nichols proposed site, but all the environmental, economic and social impacts have already occurred,” she said. “That makes it a preferable option.”

David Money is the assistant managing editor for The Paris News. He can be reached at 903-785-6964 or david.money@theparisnews.com.